Isabelle and Nia, hairdressers who were owed almost $10,000 in unpaid wages from Mankind Grooming, successfully recovered the full amount today. Once again, workers have proved that when we fight back, we win!

We have cancelled the community action that was set for this evening. A heartfelt thanks to all of you who were planning to join us today outside Mankind to show your solidarity! It’s widespread support from the community that scared Mankind’s owner into finally paying what should have been paid over two years ago. 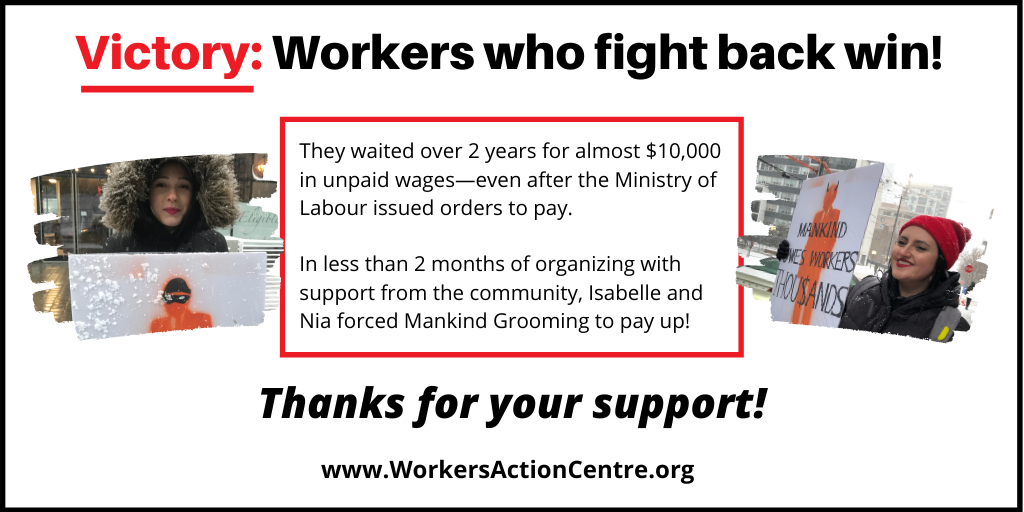 If Nia and Isabelle hadn’t organized, they would be still waiting for their hard-earned money today. Each of these direct actions they organized together with the Workers’ Action Centre got results:

The victory today belongs solely to the workers!  Let’s keep standing up for workers and pushing the government to enforce our rights in a meaningful way.